Pafiakos Volleyball Club is a volleyball team based in the city of Pafos, Cyprus. Afroditi Indoor Hall in Pafos is the home stadium of the club and the colours of the team are blue and white. The club is an official member of the Cyprus Volleyball Federation (KOPE).

Pafiakos Volleyball Club (Παφιακός Σύλλογος Αθλοπαιδιών) was established in Pafos, Cyprus in 1979 (07/07/1979) by people who love volleyball and wanted to introduce this new sport to Pafos sports life. Pioneer of this effort was a young trainer, known after as “the father of Pafos Volleyball”,   Mr Panayiotis Constantinou who originally had the vision of setting up a local volleyball team. With very limited financial support, an open air stadium and team uniforms that have been used for the 4 coming years Pafiakos started in 1979 the long journey to the magic world of volleyball. First President of the club was Dr Harris Koupatos. Pafiakos initially  joined the 2nd division Volleyball Championship of Cyprus and the same year won the Championship and moved to the 1st division. It remained in the 1st division for 2 years and in 1982 dropped to the 2nd division again. In 1983 won again the 2nd division Championship, moved back to the 1st division and stayed there without any interruption until today. 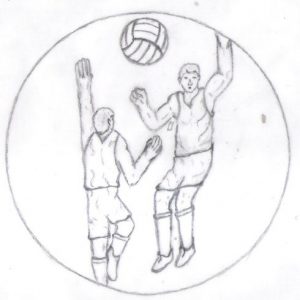 From 1979 and for almost 13 years the home stadium of the team was an open air stadium in the city center of Pafos with concrete floor and no facilities for athletes and spectators. In 1992 the Afroditi Indoor Hall was completed and became the club’s home stadium. In 1992 (period 1991-92) in that unforgettable evening the team Captain Sotiris Ignatiou from Pafos together with the rest of the team won the game and got the Championship Trophy for the first time in the Club’s history.

Pafiakos women’s team participated in the Cyprus Championship for first time in 2004. The team won the 2nd division Championship in 2017-18 and the 2nd division Cup in 2015-16 and 2017-18. Unfortunately in 2020 with the team participating in the 1st division, due to the pandemic crisis the club decided to suspend the Women’s team, hoping that sometime in the near future the team will return.

Apart from the men’s team the Club always wanted to encourage and support young boys and girls to get involved with sports and join Pafiakos family. Our Academy offers several age volleyball groups from 12 to 18 years old. Further to U14, U16 and U18 groups in 2020 the Mini Volleyball group introduced for boys and girls from 6 to 12 years old. Our Academy groups are participating every year in the Championship organized by the Cyprus Volleyball Federation. In years 1991, 2000, 2001, 2002, the Pafiakos U18 boys team won the Cyprus Championship.

Pafiakos long journey which started back in 1979 continues today because of the support and love given to the club from all those fans who were there selflessly throughout the years in bad and good times.

On behalf of the Board of Directors we THANK YOU ALL for your continuous support.